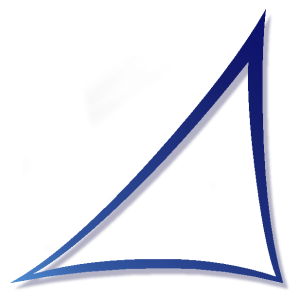 Yes, change is the only constant in the Universe. That is one of the most difficult things for us to cope with, most especially as we grow older. We want the security of certain things in our lives remaining constant. That does not happen on this planet, it may not happen anywhere in the Universe. There are references that say that Hashem remains the same forever. That may be quite true, and indeed, I suspect it is, But our understanding of Hashem has changed many times through the ages, and will yet again. Part of that is that we as a race of beings are getting “older” in our understanding of ourselves.  Some say our culture is in it’s teens. Which means we are capable of depth of thought, but not of sustaining depth of being. I can believe that.

All of the pieces parts are there in the Law to show us a way of life that is compassionate and gentle. Yet, because of the various instructions to oust and decimate unlawful peoples we have a perception of Hashem that is harsh and even possibly cruel. Certainly, there is a verse in the Tanach that says Hashem is a jealous G-d. Yet, what is asked of us is a kindness at the level taught by the Buddha some years later in another area of the Globe altogether.

It is in contemplating this factor that I have come to believe that all inspiration, no matter the timing or the person, comes through our own filters, and if we are not absolutely clear,

with no agenda of our own, we will hear what we want to hear. In other words, in order to change our perspective of Hashem, or Moses, or Buddha, or Y’shua, or Mohammed, we may need to change internally enough to hear with the clarity of a clean and polished bell what Spirit has to say to us as individuals.

That requires a change that can only come from within, not from others, not even from Hashem, except that it is the Eternal Spirit that puts the tools in our hands to effect those changes:

In Aramaic, the word “mitzvah” means connection. Here, then, is the next level for understanding the word’s meaning in a modern context. The business of every Jew is to testify to God’s goodness and God’s sovereignty by fashioning our lives in ways of holiness and peace. We connect ourselves to our Creator; we link ourselves to the one who liberated us from slavery, by the way we live our lives. Each deed either strengthens our connection to God, or attenuates that link. There is no neutrality in the world of action: we either weave a web of goodness, with each new action adding a new strand to the fabric of our lives, or we snip away at the weave of righteousness that Judaism establishes in the world. In this second sense, mitzvah isn’t just what you do because God said so. God isn’t a cop, and mitzvot are not simply statutes. We do mitzvot because we seek to allow holiness into our lives.

heal, repair, and transform the world. This is Judaism today, marvelously translating Hashem’s words to us in a manner that brings out the goodness and love of the One who asks that of us.

Y’shua is taught to have said,

John 14:21, 15:12-13 He that has my commandments and keeps them, he it is that loves me; but he that loves me shall be loved by my Father, and I will love him and will manifest myself to him. This is my commandment, that ye love one another, as I have loved you. No one has greater love than this that one should lay down his life for his friends.

It was not Y’shua that taught us to kill one another in the name of religion, we have been doing that for a very long time, much before Moshe, much before the Sumerians. We have an attitude from our very outset that says our own perspective is right, and anyone who disagrees must die. In the days before the Law, this was understandable if only in that no matter who won, there would be a blood bath. It is in the Law that you see an attempt at an orderly means of working things out, at all levels. In fact, I find myself wondering if the laws regarding sacrifice were a concession to the already extant system of appeasing  deity, and rather than make wholesale change that folk would not think came from deity, Hashem toned down the slaughter immensely.  (The Eternal understanding that we are not good at change, eh?)

It is in that little added codicil allowing the very poorest members of society to bring somewhere between 1.5-2.5 gals of flour for a sin offering that we begin to understand that

Hashem may indeed have never needed blood shed to be satisfied. That leads to the conclusion that all of the shedding of blood was for our own need, not Hashem’s, so that we would feel that some greater justice had been served. And the very fact that Hashem does not seem really fond of blood letting at any level makes it even more poignantly our problem, not the Deity’s. I wonder when it will begin to dawn on the world at large that Hashem is quite a bit more civilized than the wild children on this planet?

If, then, we factor in Buddhism, which practices compassion as well as vegetarianism, and is tied to no Deity, but actually allows an individual the choice of whether to follow a deity or not, since the focus is on one’s own eternal happiness rather than service to G-d, we are left with the idea that perhaps there are still a great many changes we need to make altogether.