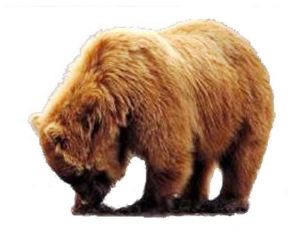 Aren’t they beautiful? The Grizzly, according to Sun Bear, is the keeper of the West Gate of the Medicine Wheel. They are also called Silver tipped bears. Awesome in size and strength, their habits include a winter nap that is hallmark to their species. They sleep through the winter months without rising for food or elimination, but can waken quickly if stirred. It is said that bears in more southern regions where food is available all year, do not hibernate at all.

The Grizzly is a fine fisherman, enjoying the salmon runs as much as any human. In fact there are many things about the bear that are similar to humans, when they stand on two legs, their skeleton is quite similar to a human’s. The legends among Native American tribes are strong in human-bear interaction. The West on most medicine wheels is the time in the human’s life of carrying the working responsibility of tribal life. The young ones as well as the elders depend on those still in their prime to carry out the hunting and gathering duties of tribal life.

It is at this time of life that the habit of self-examination is most useful, for only as we know 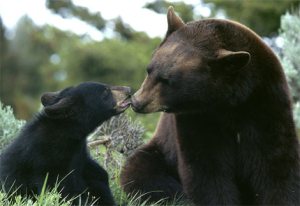 our own minds, and have faced our own limits and strengths, are we good leaders of others. This is the principle medicine of “bear”, being able to look within ourselves to find the answer to our daily dilemas. Another medicine is strength and stamina. Bear can run very fast on a short haul but when pacing himself can cover miles in a day. The last, and perhaps most important skill attributed to the bear is the capacity to heal himself by knowing instinctively the herbs to eat to cure the problem.

Bears are generally considered careful parents, watching over their cubs for as long as 2½ years. One of the most dangerous things about bears is that they are just so daggone “cute” that it is altogether too easy to forget they are wild animals and have long claws that can injure us badly in even a mild encounter.

Many years ago, (half a lifetime ago) I was privileged to get to know the wife of a man who had been sober 14 years because of his adherence to the AA program. She and her husband were members of a club that my folks were active in. We talked at some length over several months, actually, and I became aware of AA’s programs and helps. It had all started because she wore an amulet with my favorite prayer on the back of it, and my mother’s favorite art (Durër’s praying hands) on the front. I had asked her where I could purchase such an amulet, and she simply gave me the one she was wearing.

Serenity, courage and wisdom are still the most necessary attributes for me. I pray this prayer nearly every day. Through this woman and her husband, and indeed through many acquaintances and friends since that day, I have learned the value of the simple spirituality taught in recovery. Alcohol is not my addiction,  though, like all humans, I have my own frailties, and their program is something i have personally adapted to the needs of my life.

These are the original Twelve Steps as published by Alcoholics Anonymous.[10]

These are the original 12 steps. Their meaning is clear and concise needing very little change to put them into effect for any difficulty where life is overwhelming and we need the help of Spirit.

I do not believe in seeking converts, I feel that if I live my life praising

God quietly in all things, others will see what God has done for me and ask what is the difference. Since that has happened before, (several times) and it is those who have become students of Spirit under my mentorship, I feel that this is the way Spirit wants it. Besides, I’ll never be a good door to door salesman.

As I began to work with these principles, I began to realize they were a beautiful breakdown of much larger steps found in the less generic paths. For instance, the recognition of the need for help and surrender are all one step in Christianity. Then there is the searching inventory and confession. Once you have made amends, and begun to change your ways, there is the meditation and study, (most specific in Buddha’s 8 fold path, but found in those churches that follow discipling as a way to help new believers stay on the path.) Then there is the continuing work of street ministry to seek new converts.

The steps may be broader and deeper, depending on the mentor that is teaching one, but the general gist is the same. You cannot, in fact, get to the spiritual growth without first admitting need and surrendering will. These are key. This, unfortunately is where the less scrupulous groups would segragate the new convert from family and friends, knowing that the family may not be as vulnerable as their new little lamb and would probably object to them shaving their head or some other strange thing to complete the hazing. 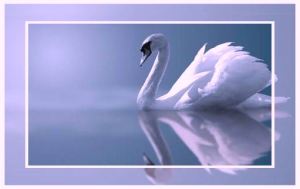 abusive family, but otherwise they are protecting themselves, not the new convert. It all gets very confusing, and can be devastating to families. It is one of the reasons that I would not choose to start a closed commune, ever. I wouldn’t want that reputation. Besides, though I know it is easier to reach the state of Serenity when you are on the mountaintop, it doesn’t do you a bit of good unless you can hang onto it when you punch the clock.