One of my readers was kind enough to post a gentle critique asking for details of the points I make in my regular posts. It was a lovely request, and I am more than willing to do this for the benefit of my readers. Blogging is tricky, when do you have too much, when do you have too little? Hopefully, but putting this on a page that will stay at the top of the blog with a tab, I will satisfy that need without making the blog itself a ponderous work.

One of the places my journey has taken me is into deeper study of what Christians call the OT, but what those who live by it call the Tanach. Now, to be sure, the Tanach has books that are not present in the OT. This is because the First Council of Nicaea, called together by the emperor Constantine, had as it’s purpose the homogenizing of the Christian faith. The results of that counsel were far reaching, and affect us today no less than they affected the believers of the time. Constantine had a vision that the cross, combined with the emblem of the Sun God, Apollo, would bring him victory in battle. It was for that reason that he called the bishops together.

I am not sure exactly why the bishops decided to go along with Constantine’s goal, though preservation of life comes to mind, but the result was a paganizing of the Christian faith by making the man whose teachings were sweeping the landscape into a god. This was accomplished by preserving the four gospels that could most easily fit that view, and destroying what they could of the rest of the notes and gospels that did not fit that view. I suspect, as do many others, that those four gospels suffered editorial changes to make them fit with the view that Jesus, (Y’shua), was, indeed the offspring directly of God. Hence making Y’shua’s birth not just a birth to a young woman, but a birth to a maiden who had never had sexual relations with a man. This, of course, resulted in making Mary, or Miriam, if that was her name, into a goddess, as well as making her son into a god.

In the years that followed the Council’s edicts, the sects of Christianity that did not recognize Y’shua as the direct descendent of God suffered persecution to the point of near extinction. 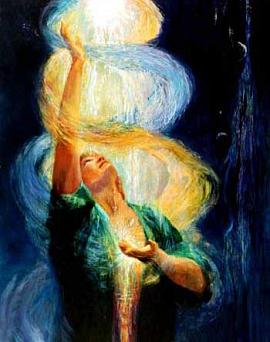 The Gnostics were the most thoroughly persecuted, but there were others as well. It was also this council that placed Paul’s letters into canon with the four gospels that survived, as his letters easily supported the pagan theme of deifying Y’shua. Though Paul called himself a member of the Sanhedrin, the governing body of priests and rabbis that oversaw Judaism, it becomes fairly obvious in reading his works that he had learned much of his interpretations of the Tanach in a Hellenized atmosphere, making it possible for him to see a man born of woman as the son of God very God.

♦Jews do NOT believe that blood sacrifice, the premise for the need for a savior, is required for the forgiveness of sin.

♦Jews do NOT believe that God would ever incarnate as a human.

♦Jews do NOT believe that a human, no matter how righteous, can die for the sins of another, we are all responsible for our own behaviors and attitudes before God.

♦Jews believe that ANY sacrifice of a human form for the redemption of sin is repugnant to God.

There are at least three places on the web that state these things quite clearly for those who would do further research, the first, Judaism 101, 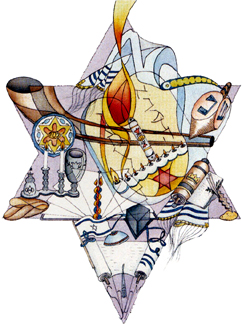 next, Aish.com, then a website that is simply, Jewishpath.

It is as I have continued to study these things that I have come to believe that the people of the Book, Jews, are correct, and Y’shua may never have even implied he was God, as to do so would have put his students in danger as well as himself. Not just of being out of line with their faith, but he would have been putting his life and their lives on the line. I believe also that the story, as it unfolds in the Constantinian revision, may have led to further persecution of the Jews, something that Y’shua would never have wanted.