Archive for the ‘Equality’ Category

Think about it! Dirty men in rags shot a 14 year old girl for wanting an education! If that isn’t testosterone poisoning, nothing is! I am soooooo tired of extremists from both sides of the pond who want to deprive human females of the right to live and get an education so they can improve their world! I don’t care if they call themselves Muslim or Christian, it’s time to put a stop to this. In the worldview of men from extremist veins of both religions want to keep women barefoot and pregnant in order to keep the world an uncivilized place where men can make war for no greater reason than it suits them.

To be absolutely fair, there are quite civilized males who work with their feminine co-workers at all times, and at the highest levels to create a better and truer world. Those are not the men who anger me. It is their extremist brothers who, in the guise of religion, trod on the rights of women who seek equality of life experiences that frustrate and infuriate me and many women like me. Y’shua treated women as equal before God. That’s how I know that many of his teachings survived the multiple transition from Aramaic to English. It was Paul whose writings were used to bring a misogynistic view of women back into the teachings of Christianity. This is the primary reason I am not a Paulist.

I hope and pray that Malala not only survives, but makes a full recovery, both physically and pschologically from the trauma of this wounding. I want to see what she becomes in a brave new world that allows women equality. May her sun never set in this world!!!!! 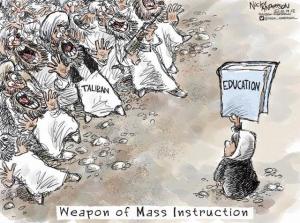 Y’shua thought of men and women as equals, and consistently treated them as such. This was not what he was taught by Mosaic Law, but what he knew in his heart. Moses, bless him for being there when he was, was not evolved enough as a human being to “see” the wrongness of rape or the need to guard the children and not harm them. It was not until 1836 that we as humans began to develop the depth of conscience that saw the need to protect children and women. It is only in the last 30 or 40 years that anti-rape laws have been written tough enough to prosecute rapists in our laws.

If within the city a man comes upon a maiden who is betrothed, and has relations with her, you shall bring them both out of the gate of the city and there stone them to death: the girl because she did not cry out for help though she was in the city, and the man because he violated his neighbors wife.

If a man is caught in the act of raping a young woman who is not engaged, he must pay fifty pieces of silver to her father.  Then he must marry the young woman because he violated her, and he will never be allowed to divorce her.

Moses may have seen women as much more valuable than most other leaders saw their women, and his laws reflected that, but it was not until the New Covenant of Y’shua that men even began to see women as needing treated in any form of equality. Since it has been approximately 2,000 years since 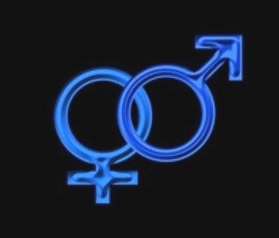 Y’shua’s time on earth you cannot say that human society has rapidly changed to project this new perspective. I realize that many feel that the words in the Old Testament were God’s words. That is such a fallacy that I cannot even begin to comprehend it. Inspiration by God is not the same as taking dictation from God, that should be obvious.

It’s only been in the last 100+ years that we have realized how very wrong slavery is. We now understand that slavery in any form is wrong, just as rape and child molestation are wrong, but we are slow as a people in coming to understand the higher way. We are beginning to understand that free will is a gift from God. It is only with this understanding that we can begin to understand that if God gives us free will, we should not even try to remove it from others. This is why it is so important to prosecute slavery, rape, and child harm when they occur.

In the case of slavery, to hold someone against their will and require them to work for us with no compensation is wrong, you remove their free will, we cannot do this. In the case of rape, it is sex without the willing participation of the partner, hence, removal of free will, and should not even be allowed to be part of our lives. In the case of the children, to allow molestation or forced labor to be part of our society is wrong, harms the children, and creates an atmosphere that makes it all right to remove the free will of the adults. Children cannot, by virtue of their age, give consent to work or have sex, they simply are not old enough to know the consequences of the things being asked of them. Hence, my argument is the same as the Buddha’s, one must seek the consent of a possible partner in sexual encounters, and understand that when the ability to give knowledgeable consent is absent, the deed is wrong. 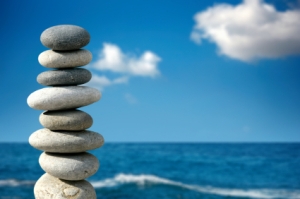 I am well aware that there are those who in the “New Age” society say that there is no such thing as a victim, but I am saying that until we learn to stand for the rights of all, we are all victims of our own blindness. I pray daily for clarity in my vision, for cleansing of my soul, and for the peace that passes all understanding to become the way we all walk this earth, we cannot do so while we allow some to take the free will of others from them. As long as some are hurting, we all are hurting.

1: a belief in human equality especially with respect to social, political, and economic affairs

2: a social philosophy advocating the removal of inequalities among people

I am well aware there are many inequalities in our world, some of them political, some of them social, some of them simply by not being born as smart or lucky as the person next to you. Many of those inequalities would be hard, if not impossible to erase. But, as a human being, and as a person that believes the Most High loves us all, and cares for each of us with the same deep loving nature, it seems incumbent upon me to work and live in such a way as to eliminate as far as it is possible in a single life, the inequalities that stem from behavior toward ones fellow man. Sadly, what is quickly forgotten in practice, is that all of the Holy books that I have read speak of treating others in a manner that is

compassionate and kind. That is said in many different ways in each book, so it’s really hard to miss, unless you are intent on doing so. But, the key here is practice, living daily in a manner that is gentle and kind, no matter the circumstances. In a world increasingly intent on violence, this is most difficult, and I cannot say that I am any better than my fellow humans in carrying out the instructions to be kind. I try. I listen actively when someone speaks, whether it is about daily issues, or about deeply personal issues that affect a person’s life on the whole. Many times that is all that is needed, just someone to listen. Truly listening to someone speak of their problems is, by default, an equalizer. When you actively listen to another, you are setting aside your own issues for the moment and giving that other person center stage.

But, egalitarianism requires a much broader practice than just “saying” that you believe in equality for all. It requires actually “seeing” all other people, no matter race or creed, as your equal in the eyes of God and man. That’s a tall order, to be sure. One needs to be prepared to go out of one’s way to do for others. If someone needs a ride, find a way for them to get it, if a child needs food, find a way to get them food. If a person needs a coat, find one for them. These are simple things, and can be done with little or no effort, but they do take time. Something no one seems to have extra of these days. 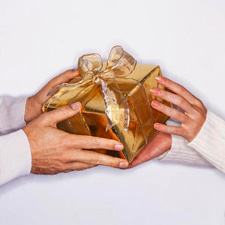 But, there is much more to egalitarianism than simple charitable acts. Egalitarianism requires that, if there are choices to be made, all persons affected by those choices get a voice and a vote. This is not as easy as it sounds. Even in the US, the people’s vote for president is buffered with the Electoral College because the founding fathers of our country did not trust the common man to choose a leader wisely. It is not uncommon for this sort of thing to be built into systems around the globe, so that one’s vote is actually only a voice in the process. Now, truly, if I must have only one or the other, I want a voice, as that can influence the vote, but I would always prefer to have both.

Still there is more: Egalitarianism requires that even in the simplest transactions of the day, buying a roll or coffee for breakfast, shopping at the local supermarket, speaking to the mail delivery person, in all activities you are required, if you are an egalitarian, to be civil even when you can’t find it in yourself to be kind. The people that serve your needs are your equals, not your subordinates. They have chosen to serve as a way of life, you are not their superior even if you are among those they serve. Egalitarianism as a way of life requires a commitment to yourself and your fellow humans to be aware at all times that the person with whom you are interacting is your equal.